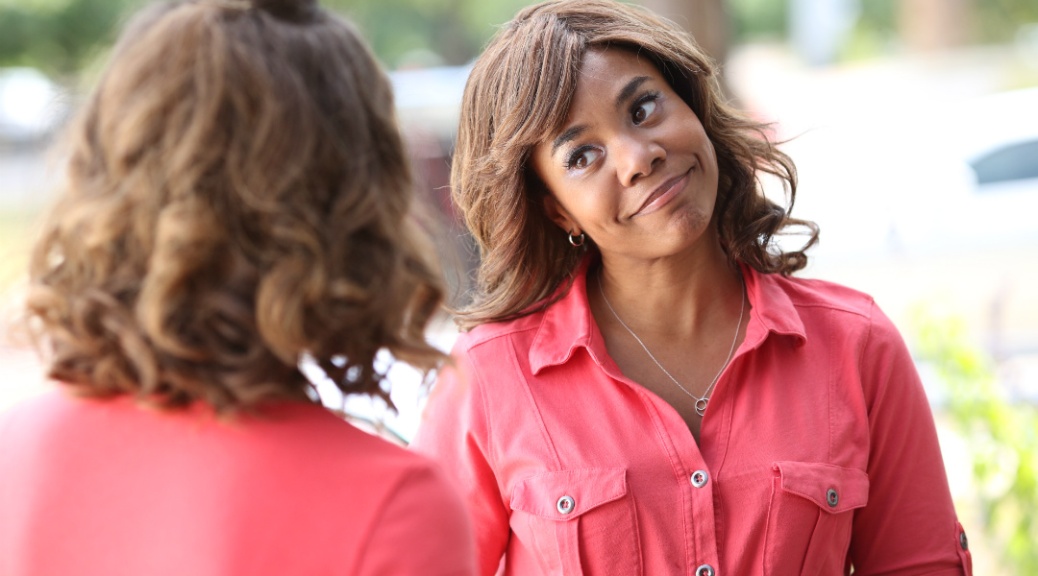 Andrew Bujalski’s Support the Girls presents a milieu rarely explored in modern comedies. It’s not that its characters — a group of service industry women who work at a Texas-based Hooters-esque sports bar — never get their due on film.

It’s just that when they do, it’s often exploitative or salacious as secondary characters dispensing wisdom from behind the bar or as token girlfriends to the main character(s). And even more unique is Bujalski’s reluctance to saddle any of his working-class women with anything other than sharp characterizations, sharp humility and a sharp sense of humor … no matter how bad their singular day gets.

As the general manager of “Double Whammies,” Lisa (a wonderful Regina Hall) experiences a day that begins badly and continues sliding in the wrong direction from there. Opening up the business to find an overnight crook lodged somewhere in her ceiling is the least of her worries. Her perky, Southern-drawlin’ assistant Maci (Hayley Lu Richardson) is the only thing that seems to keep her anchored. Her other ‘rock’ is Danielle, played to perfection by newcomer Shayna McHayle.

Together, this trio barrels through the day, which includes training a group of newbies, hosting a car wash outside the restaurant to raise funds for another server experiencing legal problems, and Lisa’s own desperate quarrels with business owner Cubbie (James LeGros), as well as her own despondent husband.

All of this, plus the tangles inside the restaurant with disrespectful customers and a broken television cable line, add up to a stressful eight hours in which Bujalski has his characters juggle the personal with the professional, without losing a hint of realism to the quiet struggle of sanity that creeps up on anyone who has ever worked a retail or service industry job, when it feels like an octopus is pulling you in every direction.

Soul-crushing service industry trivialities aside, Support the Girls is Bujalski’s best film to date. As a purveyor of the “mumblecore” film movement, I’ve often vacillated on his efforts. Some are insufferable, others are insightful. With Support the Girls, his characters are so honed and precise, I feel like they’re chiseled from people I’ve met all my life, especially the characters played by Hayley Lu Richardson and Shayna McHayle.

And while these women are working hard every day and struggling paycheck to paycheck, the film refuses to veer into territory that most other films would take — that being a life of ‘get rich quick’ criminality or some other genre trope to push the narrative into more dramatic terrain. In fact, the most violent Support the Girls gets is the usual fistfight between drunken clientele as they’re ushered out the restaurant after several of their infamous “big-ass” beers. Instead, it remains a mild-mannered, humble and even warm examination of a sort of makeshift family whose intentions are to simply get through the day with their integrity intact.

Not to be outdone in its dramatic terms, it’s also supremely funny in its throwaway moments, such as a police dispatcher’s off-screen comment to the whip-smart banter between the girls, knowing how to use their sexuality to get what they want.

If all that’s not enough, it, finally, features one of the most heartfelt and honest finales of the year, rendering a muted moment between the three women simply passing the time and enjoying their transition into the second chapter in their life. And if anything has been proven in the previous 85 minutes, it’s that they’ll be perfectly fine.

Support the Girls opens in the Dallas/Fort Worth area on Friday August 24 at the Landmark Magnolia Theatre.