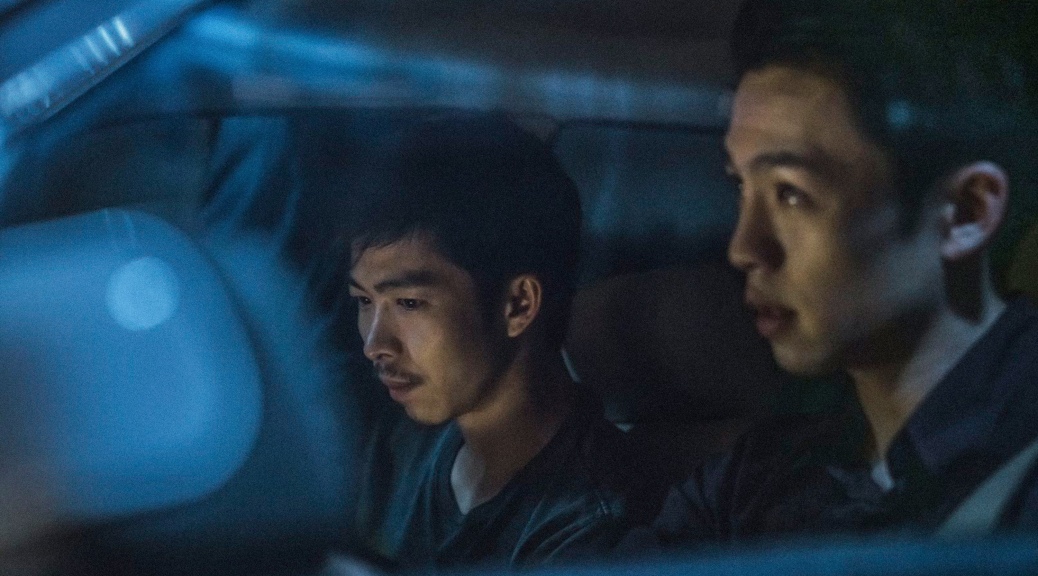 Based on a true story of civil corruption and land development crimes, Li Xiaofeng’s “Back to the Wharf” dares to place most of that political upheaval on the back burner, instead focusing the moral reckoning in the lap of student Song (Zhang Yu). Whether such a person actually participated in the downfall of the officials and criminals who got rich for so long in shady real estate dealings doesn’t really matter. “Back to the Wharf” mostly doesn’t have the time for them as well. This is a film awash in moral density and jaded redemption where a murder only peels back the initial layer and then proceeds to seep away for more than 20 years and we root for the vaguely innocent to make it out alive.

That innocent is student Song, who’s crestfallen when his straight A grades are ignored and his college admission is given away to a local bigwig’s son named Li (Yuhang Gao). Hoping to speak with another school official about it, Song enters the wrong house and becomes embroiled in a fight with the owner in which Song stabs the man in self defense.

Making things even worse, Song’s father (Yanhui Wang) follows his son and enters the same house to finish the deed in what can only be described as a wayward attempt to help his son, but instead forces Song to leave their town and start a new life.

Like all good Chinese dramas that elevate the passing of time and focus on the generational struggle, Song returns after 15 years when his mother dies and promptly meets fellow student Pan (Song Jia). Pan lets him know immediately she has a crush on him and they begin to develop a tenuous relationship. And just when Song begins to craft a normalized life with Pan, Li’s murky business dealings and Song’s own murderous past begins to crop up and cloud his potential future.

Guided by a strong visual sense and effective performances, “Back to the Wharf” is most interesting when it buries into the murky morality of Song, such as his fascination with a 15 year old student (Jin Chen) and the dangerous sway his old friend Li holds over him. It’s in the second half of the film where the ripped-from-the-headlines scandal begins to insert itself in a twisted dichotomy. It would be cliche to say the calm is always before the storm, but it fits “Back to the Wharf”, especially when the heinous act in the first half takes place during a violent typhoon.

Even if the finale is a bit overwrought, “Back to the Wharf’s” pulp thematic remains hard-fisted and doom laden. Like the swift turn of a car wheel, another innocent life is wasted. And though post-film titles give information on the eventual downfall of some of the politicians involved, “Back to the Wharf” remains committed to the mournful idea that the greater tragedy is the absence of fathers.