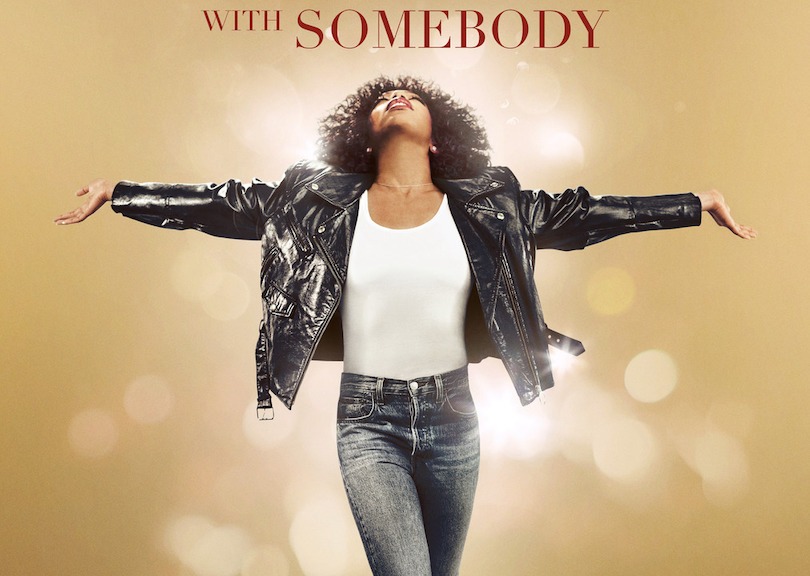 Built around impressively recreated performance sequences, I Wanna Dance With Somebody follows well-worn biographical channels as it tells the story of pop singer Whitney Houston (Naomi Ackie). For dedicated fans, that may be enough.

For the uninitiated, in 1985 Whitney Houston catapulted to the top of the pop music charts, recorded successful albums, starred in successful movies (The Bodyguard, Waiting to Exhale, The Preacher’s Wife, TV’s Cinderella), and then returned to making popular music. During the 90s, she married fellow pop star Bobby Brown (Ashton Sanders). Troubles were never far away, though, and throughout the remainder of her life, the singer was often rumored to have a drug-dependency problem and abuse issues with Brown.

Written by Anthony McCarten (Bohemian Rhapsody, Darkest Hour, The Theory of Everything), the narrative structure of the film reflects his experience in converting real-life characters and their experience into cinematic form. Empathetic and respectful to a fault, it smacks of an “authorized biography,” acknowledging her darkest moments and periods of tribulation, but only to the degree that emphasizes her vulnerability to stronger personalities.

For example, Whitney’s longtime friend Robyn (Nafessa Williams) is introduced as a romantic interest, which is quashed by the demands of Whitney’s father that the rising star instead date men in public, hiding her relationship, which then shifts from an intimate friendship to a hidden friendship, which is eventually quashed by a weakening Whitney’s capitulating to the demands of Bobby, her emotionally abusive husband, that she sever relations with Robyn, which she can never quite do.

According to the film, Whitney always fell victim to other people and their desire to control and/or benefit from her professional career, including her strict mother, professional gospel singer Cissy Houston (Tamara Tunie), who only becomes more encouraging as she sees her child’s success; and her stern and controlling father (Clarke Peters), who lives high on the hog off her success, and never quits his priority of money over family ties.

Both Robyn and Clive Davis (Stanley Tucci) realize that she needs her with her drug issues as the 90s morph into the new century, though she declines their attempts to help her. Clive Davis is portrayed as one of a few music professionals who surrounded Whitney, recognized her incredible talent, and did what they could to maximize her professional opportunities, yet were ultimately helpless against her own self-destructive impulses, as well as enablers that drew close to her.

It’s a tragedy, but I Wanna Dance With Somebody does its utmost to put a happy face on a life that was sadly cut short. For now, the memories of a phenomenal voice remain.

The film opens, only in movie theaters, December 23, 2022, in Dallas, Fort Worth and surrounding cities, via Sony Pictures. For more information about the film, visit the official site.