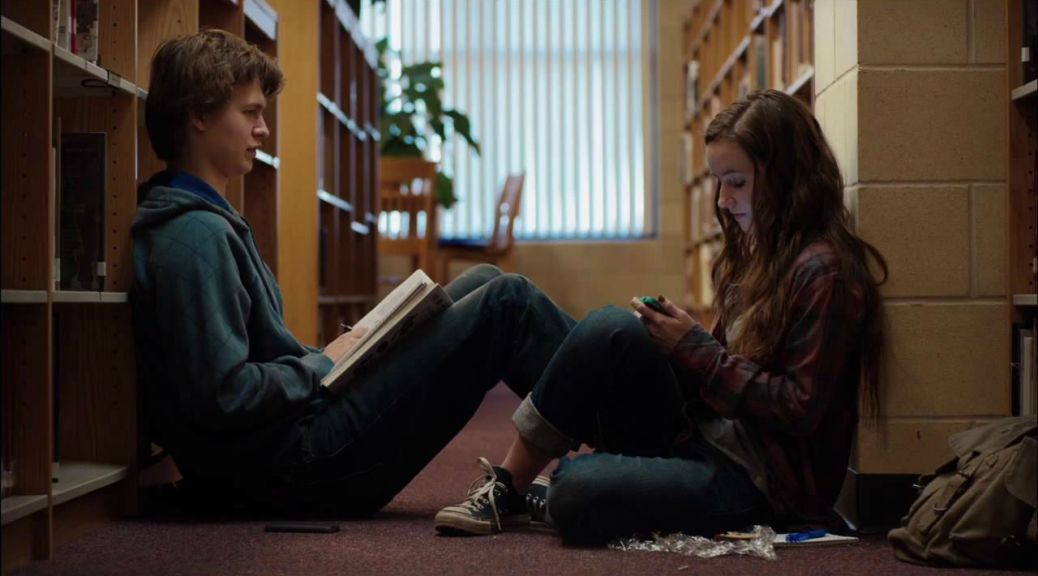 Self-righteous and judgmental, Jason Reitman’s Men, Women & Children might better have been titled Sex, Sex & Why You Shouldn’t Have Sex. The oppressive, superior attitude, fused to random wailing against the internet, the connected world, and disconnected families, eventually shoves the story and characters firmly into odious territory.

Based on Chad Kultgen’s 2011 novel, which revolved around junior high school students and their families, the screenplay by Reitman and Erin Cressida Wilson ages up the student characters into high school and sets the film in an anonymous American city. (Although there is one specific reference to Austin, Texas, the narrative studiously avoids providing anything more than an amorphous view of modern American society.) Here is a world where everyone is always staring into their phones when away from home, and staring at a computer screen when stuck at home. (Although the movie declares that it takes place in the fall of 2013, the near-total absence of computer tablets dates it seriously.)

As an ensemble drama, the story moves around between Don and Helen and other families who are somehow loosely connected. Tim Mooney (Ansel Elgort), supposedly a star of the football team, has quit the sport — to the estrangement of his father Kent (Dean Norris) — and somehow finds time when he’s not playing video games to mumble his way into a chaste romance with Brandy (Kaitlyn Dever). Brandy is suffering under the extremely strict stewardship of her mother Patricia (Jennifer Garner), who imagines that she is “protecting” her daughter by obsessively tracking her every move, whether online or in “RL” (Real Life, dude). We know that Patricia is a lunatic because she wears glasses, talks in a clipped manner, and ignores her extremely supportive husband.

On the sex-positive side of things, Joan (Judy Greer) encourages her daughter Hannah Clint (Olivia Crocicchia) to pose provocatively for photos that she then posts on her own website. Hannah dreams of celebrity stardom, a dream that her mother also pursued, and so both chase an opportunity to appear on a reality TV show when it presents itself. Hannah, anxious to gain sexual experience, consents to a relationship with mopey football player Chris (Travis Tope), the son of Don Truby (Adam Sandler, mentioned above). That makes the circle complete, except for the tall and slender Allison Doss (Elena Kampouris), who is starving herself to look “better” and pines for yet another football player.

All of the relationships are established and developed in a very familiar, rote manner. The self-aggrandizing tone of the film is, ‘The Internet changed everything,’ yet the characters are so familiar and the relationships between them are so stereotypical that they feel fossilized. Furthermore, the self-congratulatory “message” of the movie — basically, “Internet bad” — also feels like it belongs to another age.

Men, Women & Children seems to think it has discovered fresh new insights on the modern age. Instead, it offers up stale propaganda that has long since passed its expiration date. It resembles a child running around with a lighter, proclaiming “Look! I discovered fire!”

The film opens in Dallas on Friday, October 10.