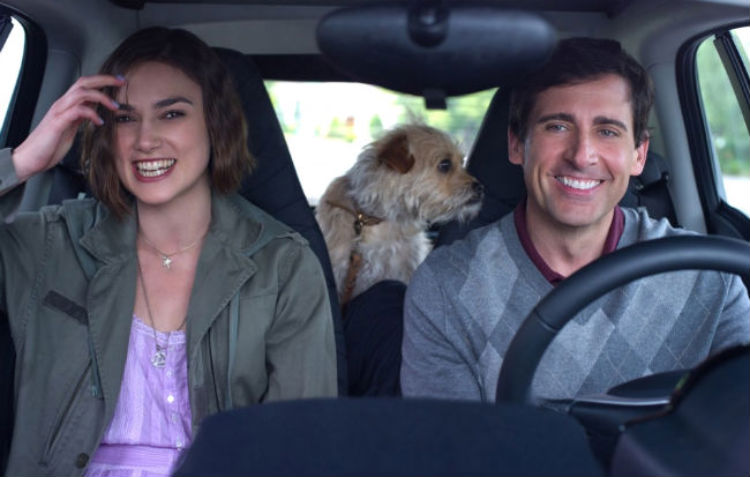 A disarmingly lighthearted, sweet, romantic approach to the Apocalypse is presented in Seeking a Friend for the End of the World, a film that wavers erratically until it settles into an altogether pleasing groove.

To be sure, the tone splashes deeper into a pool of traditional sentimentality as it progresses. And throughout, as the story shifts gears between the dryly amusing and the wistfully romantic, first-time feature director Lorene Scafaria struggles to keep the narrative engine on track, as though she were learning how to drive a manual transmission.

Scafaria’s screenplay, however, shares a comradery with Nick and Norah’s Infinite Playlist, which she also scripted, in that it has a clear ambition to mix tonally-opposite elements in the same sequence. It’s a tricky dance, and though the film is not always as nimble as needed, it builds up a large reservoir of cheerful eccentricity early on, which smooths over the rough patches that develop as it makes its run for the exits.

The end of the world has always been fertile ground for filmmakers looking to make a statement, and Seeking a Friend is no different in that regard; Scafaria wants to Say Something About What’s Truly Important In Life. Its modest bearing, however, suggests sufficient self-knowledge that it’s only One Statement, not The Only Statement, saving the film from a ponderous, santimonious weight that might otherwise cripple it. And it helps that the film’s overriding concern is human-sized, a ground-level view of the varying reactions that might be expected if the date for the end of the world was fixed in stone and known to everyone.

Steve Carell is properly forlorn and despairing as an insurance salesman named Dodge, whose wife flees him on the night they hear the definitive word that a large asteroid will crash on Earth in three weeks, ending life as we know it. In shock, Dodge continues to report to work, as the world around him goes mad and his friends (Connie Britton, Rob Corddry, Patton Oswalt) shuck off all societal conventions and/or try to fix him up with a lady (Melanie Lynskey) so he won’t die alone.

Dodge is too filled with regrets to give into pleasures of the flesh, however, and he finds a fellow traveler in Penny (Keira Knightley), a neighbor who weeps with regret that she will never see her family in England again. A few contrivances later, and the regret-filled couple hit the road, Dodge to reunite with the lost love of his life and Penny to find a private plane that will take her home (the commercial airlines have shut down).

From there, Seeking a Friend becomes a more traditional road movie, allowing for cameos from the likes of William Petersen, Gillian Jacobs, Derek Luke, and others. While the episodic nature solidifies the film’s themes, it’s also in these passages that more conventional notions take hold, leading to a conclusion that was less than satisfying.

But that’s only from my perspective, of course. And even if the film ultimately proves to be less daring than it could have been, Carell and Knightley make for amusing, yes, friendly company as the doomsday clock winds down to zero.

Seeking a Friend for the End of the World opens wide across the Metroplex on Friday, June 22..

Delightful and droll, Despicable Me is also refreshingly modest. And it’s fun.

All animated films fall under the shadow of mighty Pixar, which has set the gold standard. But that doesn’t mean that every animated film must follow the same pattern. Directed by Pierre Coffin and Chris Renaud, Despicable Me is less story-driven and more gag-oriented than the typical Pixar outing, and less dialogue-oriented than the usual Dreamworks product. It plays like an interconnected series of skits and blackouts, tied together with the connective tissue of a featherweight fable.

Really, it’s a comic misadventure, featuring a villain as the good guy. Tall and dressed in black, Gru (voiced by Steve Carrell) should be a fearsome sight, but instead he’s a bit pathetic and sad. We quickly learn that he only became a villain to win the affections of his unsupportive mother (voiced by Julie Andrews). He’s a lost little boy seeking approval.